HOW TO DEPOSIT NFT BOUNTY

NFT Bounty is a reward for missions that USER has received for a longtime and looks forward to using it. In response to that expectation, Heroes TD has launched the “NFT Bounty” feature to use that NFT in the game.

What is NFT Bounty?

NFT Bounty is an item that USER receives from Heroes TD events.

When adding to the game, each NFT Bounty is added which will give you a Hero NFT in the game.

This hero has only an item, class, origin and target are revealed only after adding to the game.

How to add NFT Bounty to game

First, NFT Bounty required in your wallet, you can buy NFT from our partner Tofunft

Prepare BNB and 10 HTD to approve NFT Bounty to game.

And make sure, you have connected your wallet to your game account.

Finally, after you have added NFT Bounty to the game, the NFT will appear in the section Heroes> In Game Heroes. 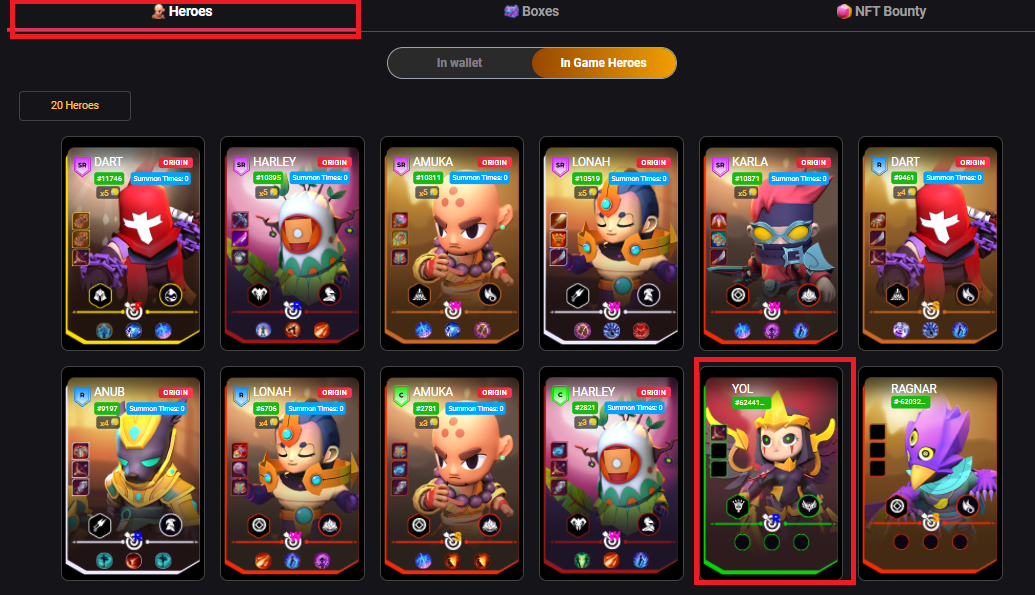 Now you can see and use Heroes in the game to fight and conquer HeroesTD.